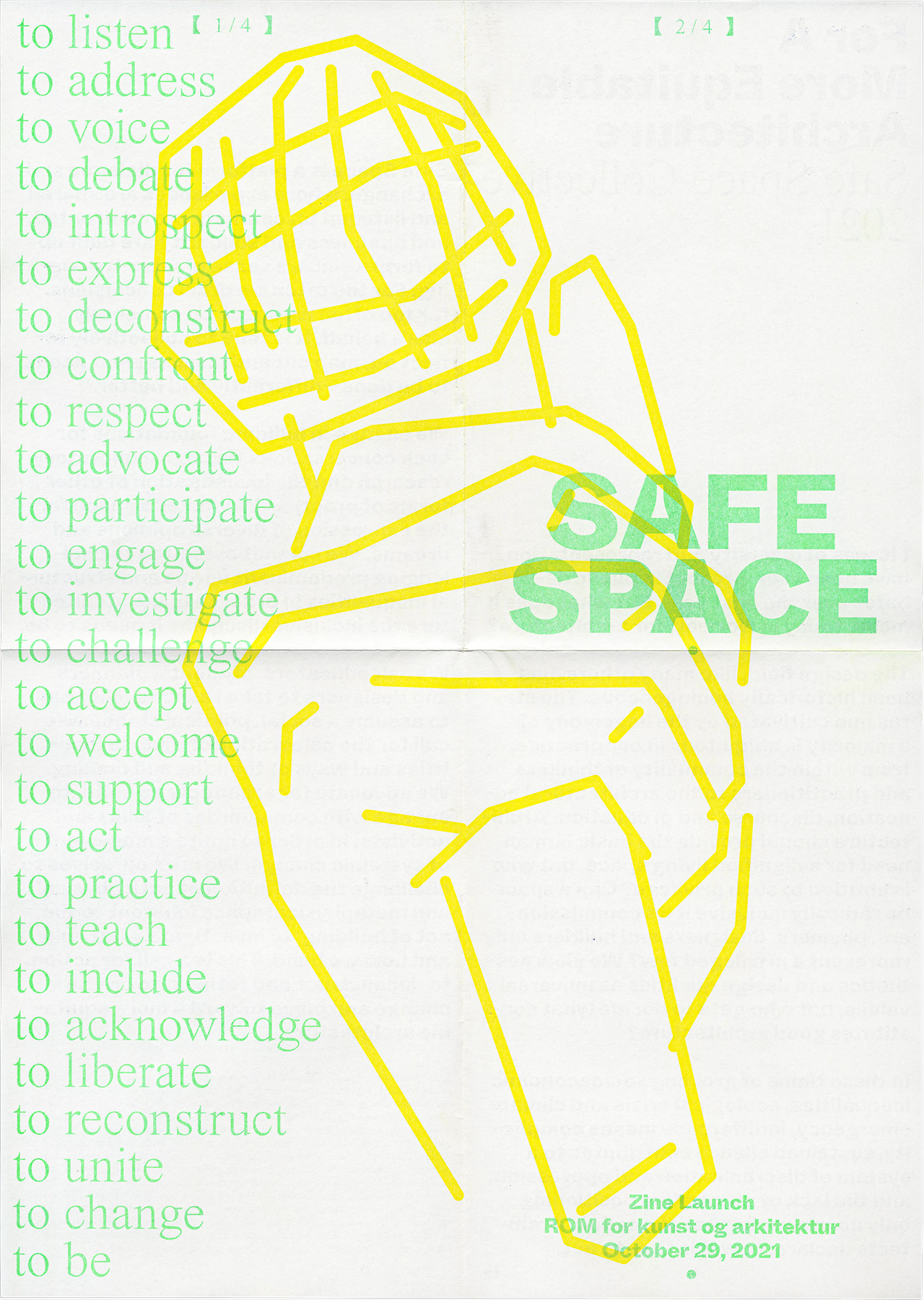 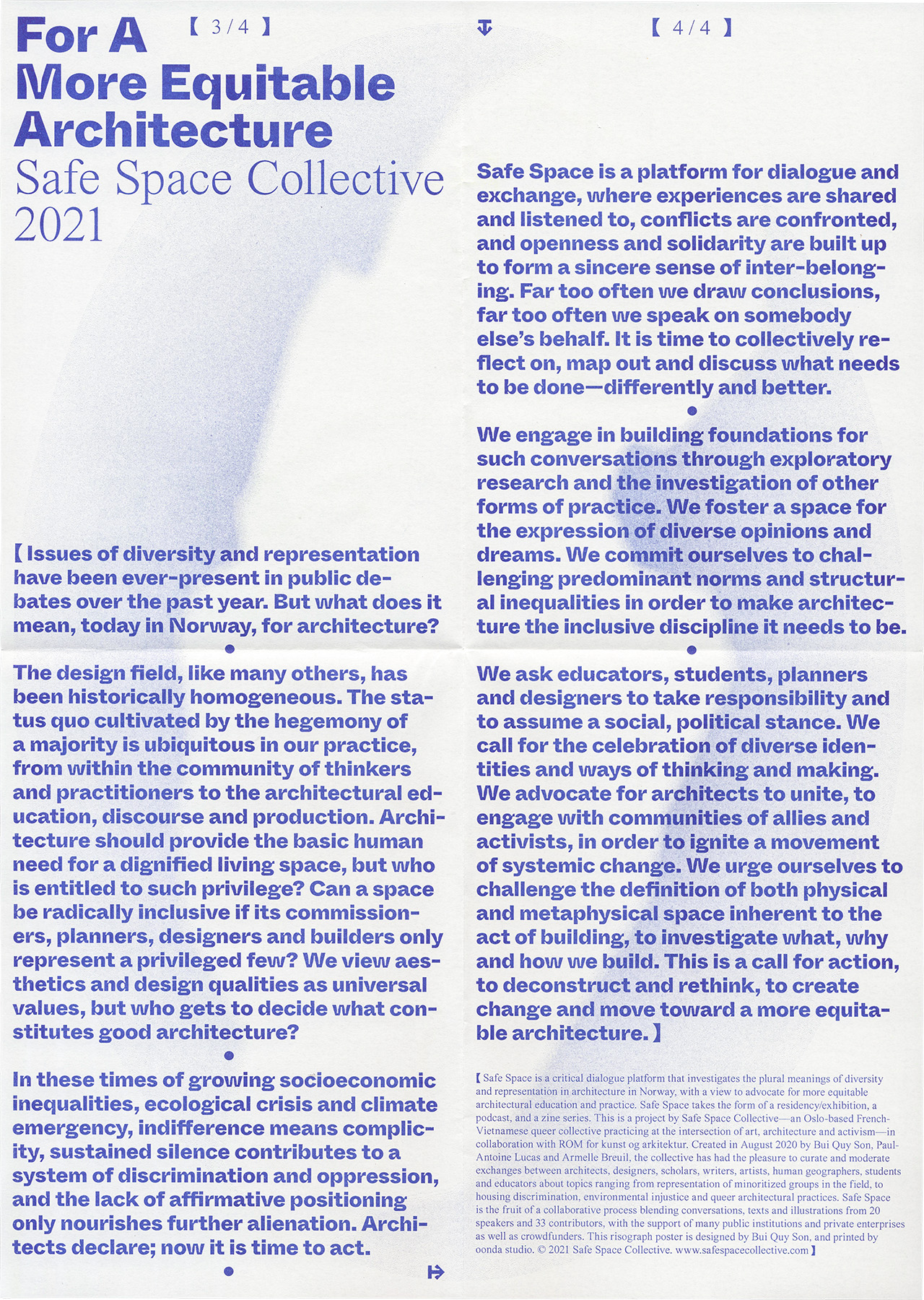 For A More Equitable Architecture

Issues of diversity and representation have been ever-present in public debates over the past year. But what does it mean, today in Norway, for architecture?

The design field, like many others, has been historically homogeneous. The status quo cultivated by the hegemony of a majority is ubiquitous in our practice, from within the community of thinkers and practitioners to the architectural education, discourse and production. Architecture should provide the basic human need for a dignified living space, but who is entitled to such privilege? Can a space be radically inclusive if its commissioners, planners, designers and builders only represent a privileged few? We view aesthetics and design qualities as universal values, but who gets to decide what constitutes good architecture?

In these times of growing socioeconomic inequalities, ecological crisis and climate emergency, indifference means complicity, sustained silence contributes to a system of discrimination and oppression, and the lack of affirmative positioning only nourishes further alienation. Architects declare; now it is time to act.

Safe Space is a platform for dialogue and exchange, where experiences are shared and listened to, conflicts are confronted, and openness and solidarity are built up to form a sincere sense of inter-belonging. Far too often we draw conclusions, far too often we speak on somebody else’s behalf. It is time to collectively reflect on, map out and discuss what needs to be done—differently and better.

We engage in building foundations for such conversations through exploratory research and the investigation of other forms of practice. We foster a space for the expression of diverse opinions and dreams. We commit ourselves to challenging predominant norms and structural inequalities in order to make architecture the inclusive discipline it needs to be.

We ask educators, students, planners and designers to take responsibility and to assume a social, political stance. We call for the celebration of diverse identities and ways of thinking and making. We advocate for architects to unite, to engage with communities of allies and activists, in order to ignite a movement of systemic change. We urge ourselves to challenge the definition of both physical and metaphysical space inherent to the act of building, to investigate what, why and how we build. This is a call to action, to deconstruct and rethink, to create change and move toward a more equitable architecture.

or write us an email to
hei@safespacecollective.com